Congratulations to the 2006 award winner:

Luciana is a Brazilian Architect with Post-Graduate degrees in Marketing and Commercial Design from ESPM School of Advertising and Marketing, in Sao Paulo , Brazil and Accademia Italiana di Arte, Fashion and Design, in Florence , Italy . Luciana has worked for Architectural firms in both Florence and Sao Paulo and has been recognized and awarded for her work in both countries. She was developer of Institutional Marketing for LITEC, the Philips Lighting and Technology Center in Sao Paulo , the largest facility of its kind in Latin America . She has developed coursework and lectured to over 6000 Architects, Engineers and Designers and has served as a contributing editor to LUME Arquitetura magazine.

A recent LUME contribution, “Where there’s Light, there’s Shadow” has been translated from Portuguese to English here.

Luciana founded ACENDA in 2005 and has contributed to projects throughout Latin America and recently in the United States . Luciana is an Associate of AsBAI, Brazilian Association of Lighting Architects and is fluent in Italian, English and of course, Portuguese! 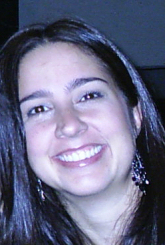