Amazing as it may seem, we have never actually supported a blog dedicated to the function of the AGi32 software. No longer! Allow me to introduce the new AGi32 Blog. A collection of Tips and Tricks that should be of value to users of all levels.

Our first installment deals with the version 19 ability to change the reflectance value for a texture map. This is important to those using visualization regularly as it opens the use of textures to more lighting applications. Previously, if you added a texture to a surface you were stuck with the reflectance value calculated for that texture bitmap (recall reflectance is based on the weighted average pixel color in the image). If you wanted to change this value, you had to change the color of the image in a separate image editing program by trail and error. Seldom worth the effort.

Now you can simply change the reflectance value in the Surface Edit dialog or Object/Room edit dialogs (you cannot change it in the Textures Database dialog, that was an oversight and will be corrected in a future release).

Let’s look at a simple example. In the room below, I have added a carpet texture to the floor, default reflectance of 0.46 (46%). 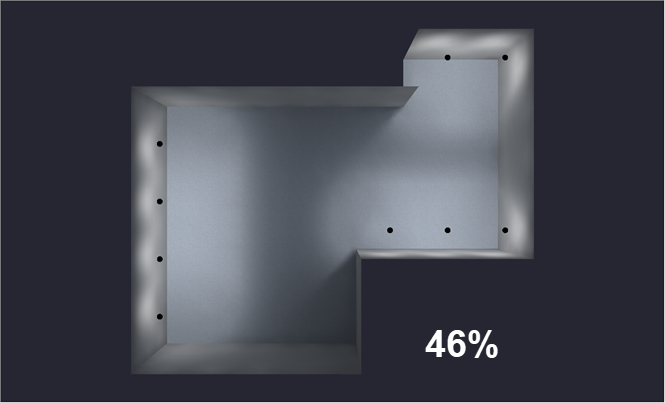 However, I need to utilize an assumed reflectance of 20% for my calculations, less than half the current value. Reflectance can have a substantial impact on calculated results so without the ability to easily change the reflectance value, I would be unable to use this texture.

Edit the Room in Model Mode using Surface Edit as shown below. Select the floor surface and edit the reflectance value for the texture. 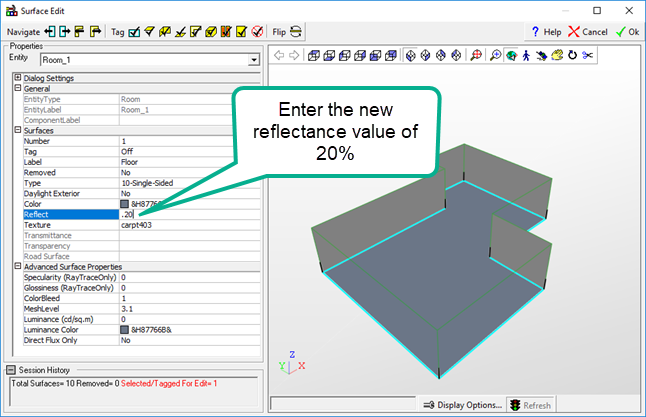 Now recalculate the room and witness the change. 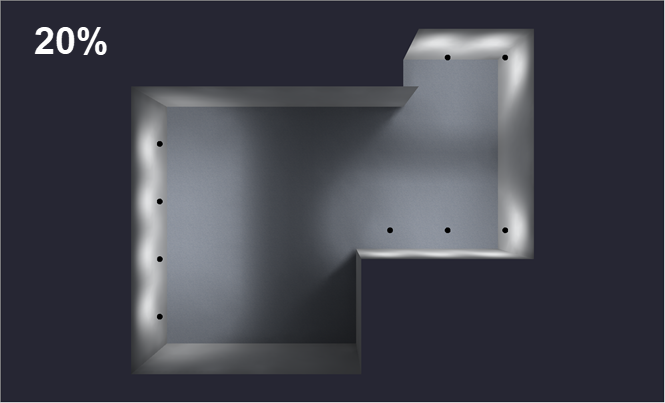 Here’s an animated comparison, the difference is evident.

Guest Authored by Jack O’Hanlon The O’Hanlon Group As a[...]